We worked closely with the Estate over a number of years carrying out a programme of restoration to the extensive collection of estate ironwork on this Grade 1 listed estate.

We worked closely with the Estate over a number of years carrying out a programme of restoration to the extensive collection of estate ironwork on this Grade 1 listed estate.

The main entrance to Sherborne Castle was originally only wide enough for horses and carts. In the 1970s a vehicle demolished one of the stone pillars and the beautiful wrought and cast iron gates were put into storage. When the estate finally decided to re-work the entrance, moving the pillars and widening it by 50% we were contacted to restore and extend the main gates. We used genuine cast and wrought iron to restore, recreate the details and extend each gate leaf by 50%. We added wheels and a trackway to ease use of the gates.

The left-hand gate suffered from a collision with a grain lorry. The resulting damage toppled the left-hand pier and caused extensive damage to the gate and wicket gate enclosure which was distorted. The left-hand gate leaf received the impact mid-way up the back stile distorting all verticals in the gate and breaking the bottom rail at the heel end. The gate needed to be disassembled and straightened. The gate enclosure was forced over at the top whilst the base remained fixed to the ground. This resulted in the distortion of the verticals and twists to the heavy rails. This also had to be disassembled and straightened. We removed all to our workshop, shot blasted, repaired and re-installed on-site in fully working order.

We supplied and fitted new estate fencing and also carried out refurbishment to existing runs where required. Fencing to the ‘triangle’ at the front entrance required repair following a vehicle collision. Some of the cast posts were damaged beyond repair so replicas were created and all was restored and refitted. 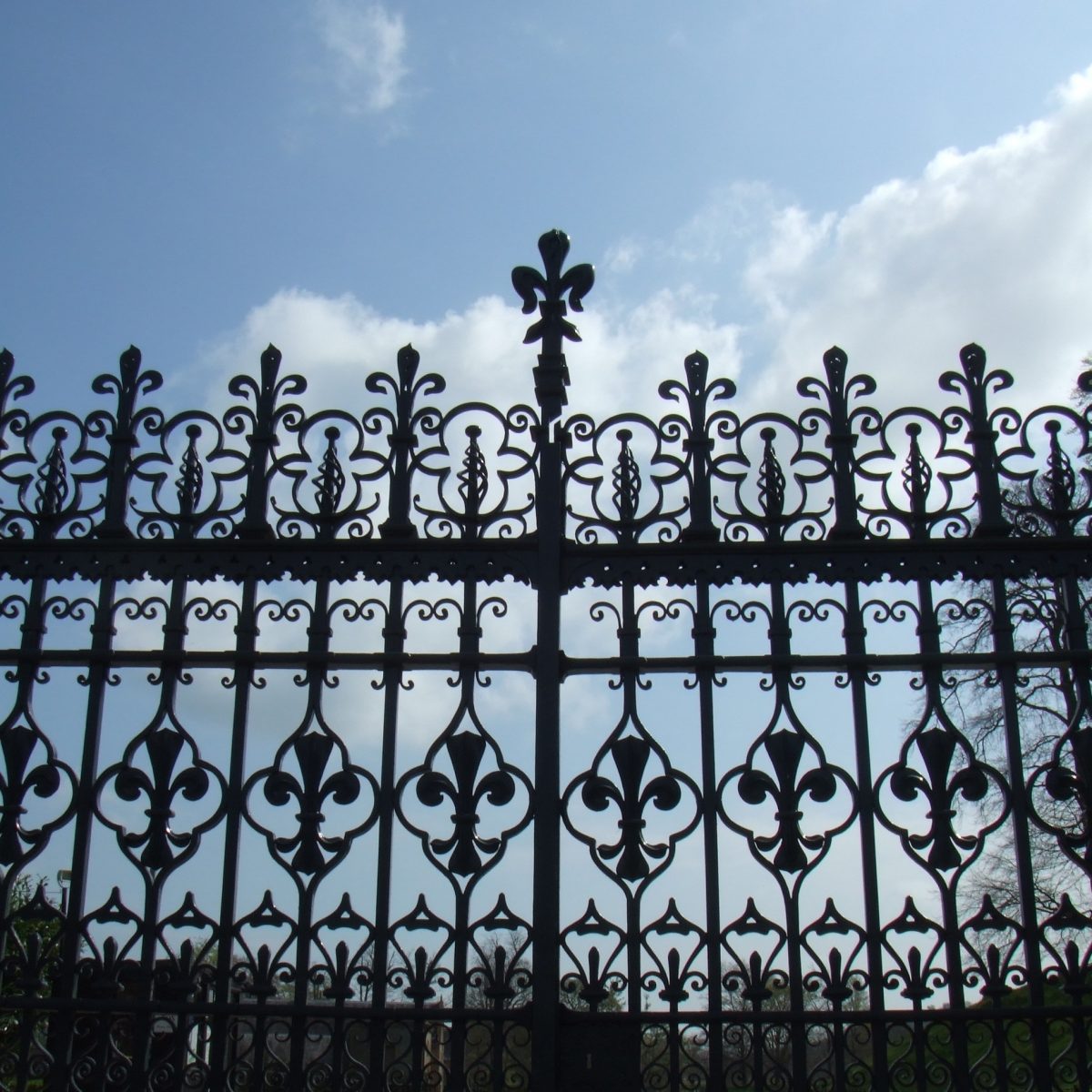 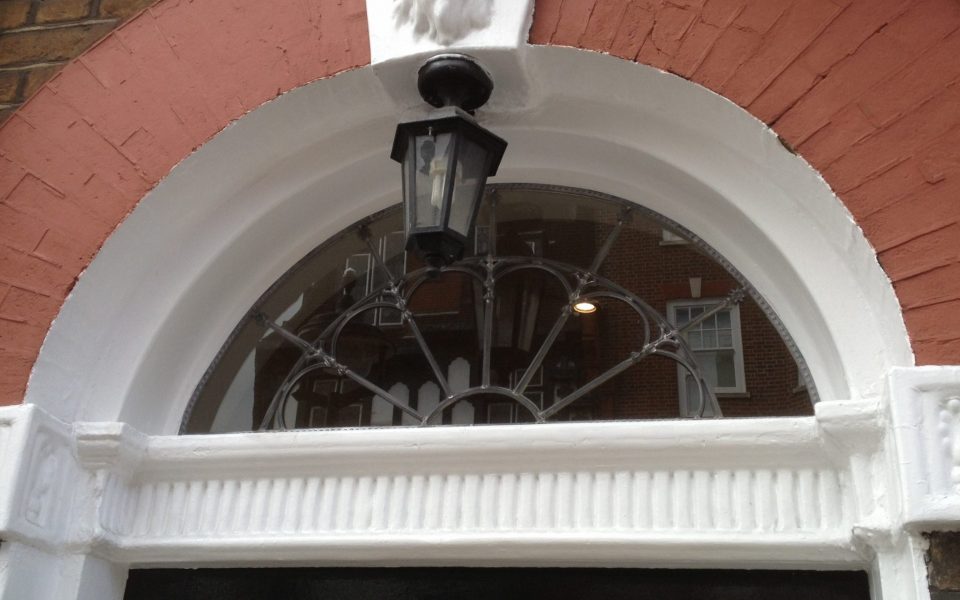 We have reinstated numerous fanlights for the Portman Estate in central London. 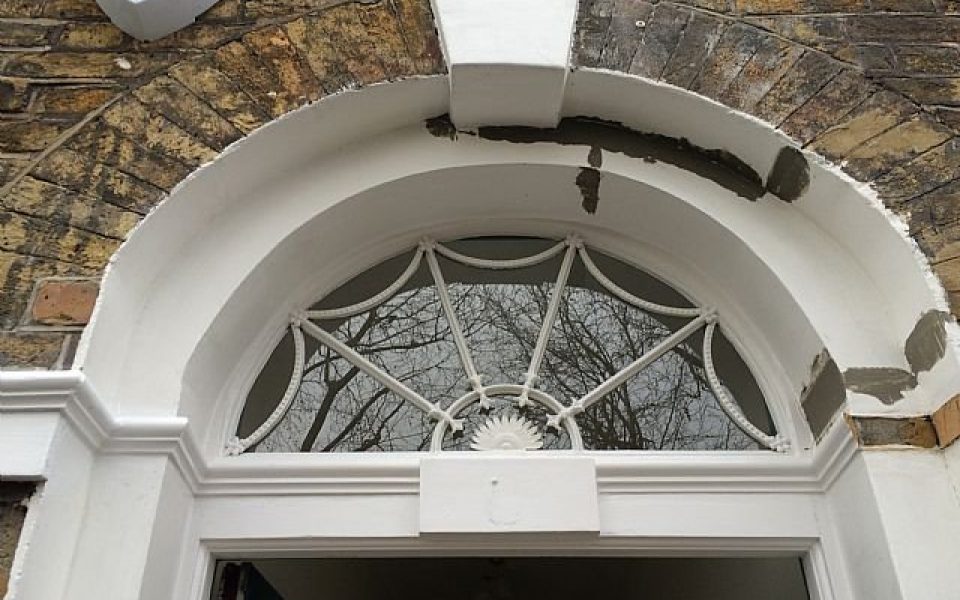 We were instructed to forge a new fanlight that was to match an existing one on an neighbouring property for a private client in South London. 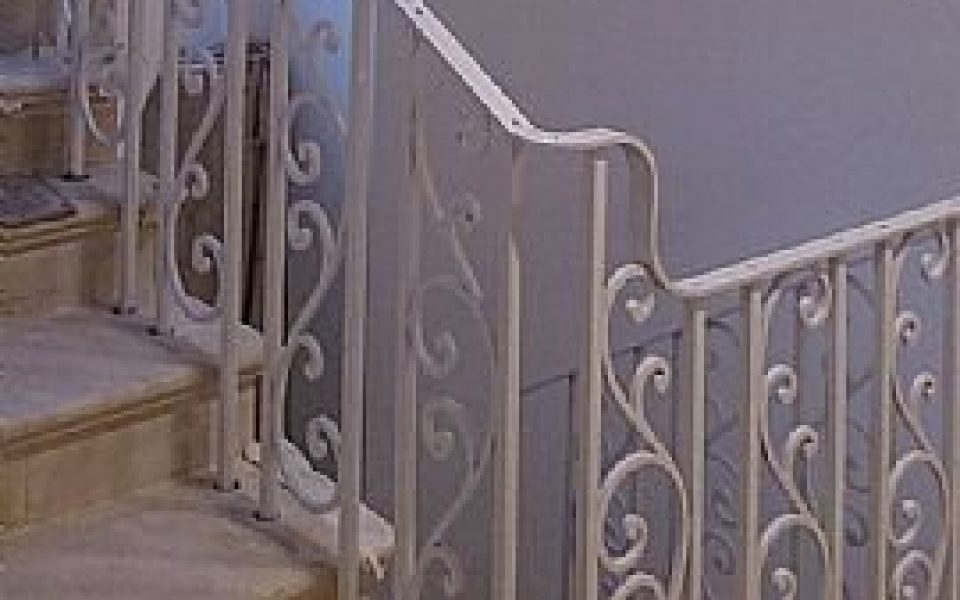 We hand forged the individual panels in mild steel to fit this curving staircase and then this stunning traditional ironwork balustrade was installed.