Richmond Golf Club is a Grade 1 listed, early-Georgian clubhouse. It was a stately home (128 years old) converted to a golf club. Many of its early members were also members of the Government. Including three Lord Chancellors, a Speaker of the House of Commons and a Prime Minister.

The Queen Mother was the patron of the Club for many years, until her death in 2002. Our patron since 2006 has been the current Duke of York, Prince Andrew.

In July 2018 Newton Forge was hired by Farminer Developments Ltd to work on the replacement of a small roof light at Richmond Golf Club. The location of this roof light was above the male changing rooms reception in the Golf Club. Health and safety were very important, ensuring the working area below the installation was shut off to access by others. The roof light remained on the vehicle until required.

Newton Forge is currently working on refurbishing the much larger roof lantern at Richmond Golf Club. The whole roof lantern will remain on-site, and the work will be completed in sections. Replacing anything that is too rusty to save and refurbishing everything else.

The window openings will be removed and brought back to the workshop. The opening from these windows will be blocked off. As it is changing room it is especially important to border this up and as the weather is colder this time of year. The roof end caps will be refurnished in cast iron. All the window panes are made from lead, the full extent of the roof bars condition will be revealed once the lead is removed. The paint will be stripped from the whole roof light and renovated if needed. It will be primed and painted, either by Newton Forge or sub-contracted decorators. 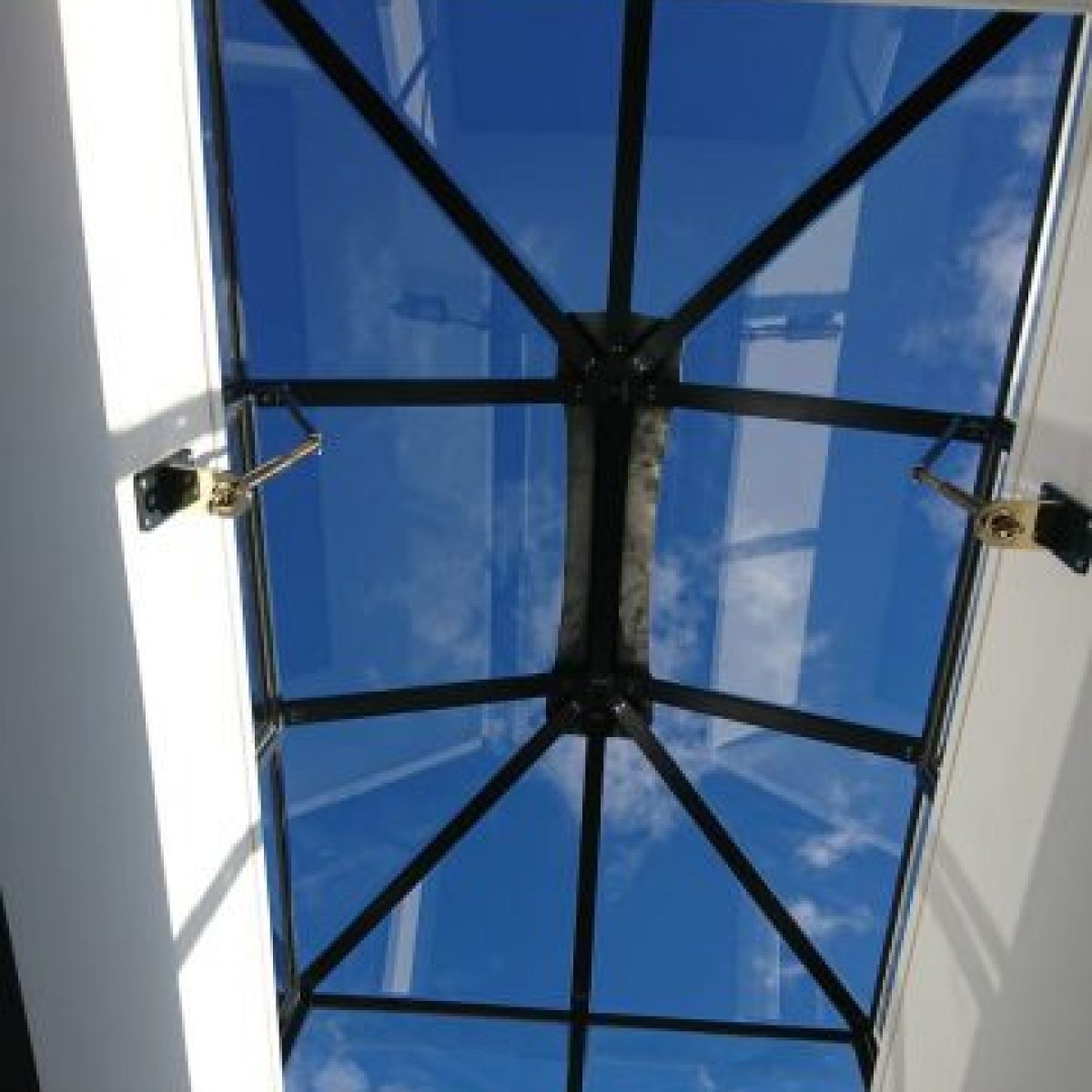 We were instructed to forge a new fanlight that was to match an existing one on an neighbouring property for a private client in South London.

We hand forged the individual panels in mild steel to fit this curving staircase and then this stunning traditional ironwork balustrade was installed.

Newton Forge was employed at the end of 2012 as the internal architectural metalwork specialists on the major restoration and refurbishment project at Hotel Café Royal in Regents Street, London.